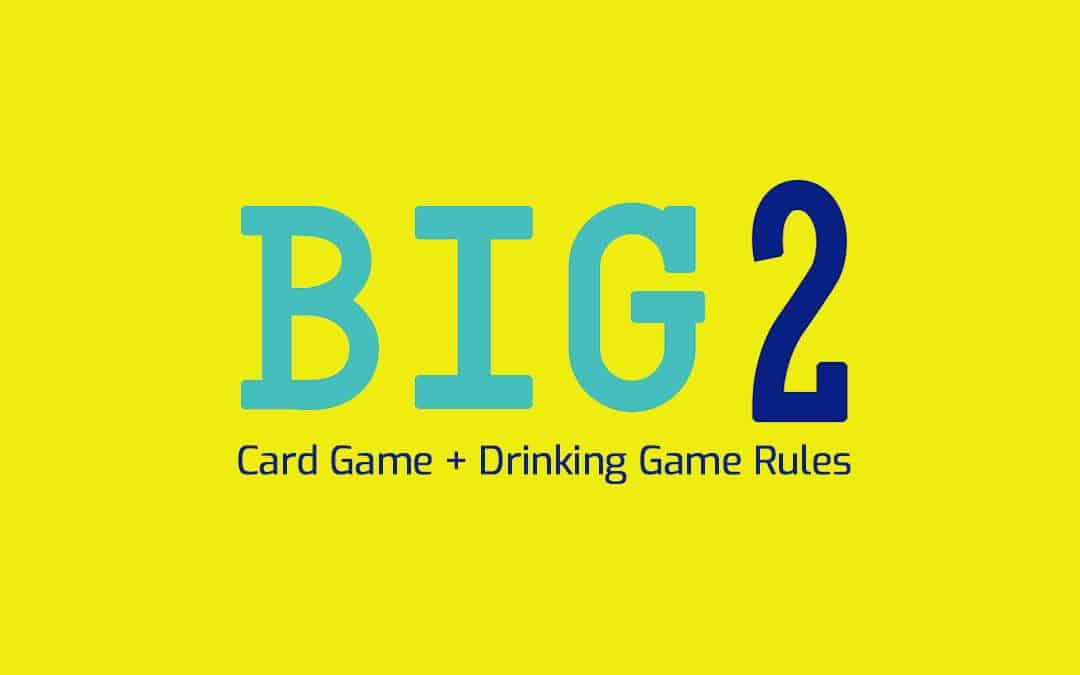 Why is Big 2 the Best Card Game for 2 Players?

Big 2 is the type of card game that never gets old. The goal of the game is to be the first to put down all your cards and finding the best combinations of cards to do so. You can play it with up to 4 people, but it is best played with 2 players. It will probably take about 10 minutes to get the hang of this game.  The more you play it the better you get at it and more strategic you will be when dropping your cards down. It’s a combination game, where you play cards following the combination on the table until all your cards are gone. The person that starts the round gets to choose which combination to play.  The starting combination can only be beat by the same combination of cards at a higher number or suit.

We like Big 2 Card game because it’s very accessible, all you need is a normal deck of cards. It’s not a game of luck, there is strategy. You do not always have to play the card just because you have it. You can pass sometimes, as a strategy to play a different combination down the road. It pays to have a photographic memory like Mike Ross (suits reference inserted here) but patience is key. Big 2 is our “go to” card game, while travelling last year we played 300+ plus games while sitting at beaches, playing in pubs, or waiting in restaurants.  These are the official backyard games rules that we have been passed down and played for years.  It may be a bit complicated the first round but even our slowest friends have gotten it after the second or third game. Then it gets fun!

How to Play Big 2 Card Game

To play Big 2 Card Game all you need is a deck of cards and your favorite alcoholic beverage. Start by shuffling the cards and dealing between players, deal 15 cards to each person face down. For 3 or 4 players we play with 12. Pick up your hand, and arrange the cards in your deck from lowest to highest, or highest to lowest if you are dyslectic (we kid). Once you have a look at all your cards, strategize the best way to get rid of all your cards in combinations.

The lowest card in game starts first, the 3 of spades, and this person gets to decide which card(s) to get rid of. The combinations you get to choose from are singles, doubles, triples, quads, or runs (3 or more). You always need to play a higher combination. If the first person chooses singles you must play singles until the end of the round. The last person to play the highest card wins that round and gets to start off the next round with whichever combination they want. As singles were played last round, you may want to play doubles starting off with your lowest pair. Save your higher pairs for the end in hope to win that round and get to choose which combination to start off on the next round.

In Big 2 you win the game by getting rid of all your cards first, so it is strategic to get rid of all your lowest cards first. The reason the game is called Big 2 is that the 2’s are actually the highest cards and 3 are the smallest. The order from lowest to biggest in card value is 3, 4, 5, 6, 7, 8, 9, 10, Jack, Queens, King, Aces, 2. Suits are important too, you do not have to play a higher card if you have a higher suit of the same number. For combinations, the last card must be higher than the card currently played. Suits in Big 2 are in the order of Spades, Clubs, Diamonds, Kings. Therefore 3 of spades is the lowest card in the deck. When playing a combination of singles, a 3 of hearts is larger.

Big 2 is not the game that you want to play to get “wasted” drunk but is a very fun drinking card game. The Big 2 drinking rules we play with include:
We are the first to admit, initially the rules may sound complicated. Like any card game, once you play a round or two it will be no problem. The key is to learn the suits and strategy for how to get rid of all your cards. Fair warning, this game gets addicting. It is our favorite 2 player card games but is also fun with 3 or 4 players. The problem (or benefit) with 4 people is you know that someone else will have the card to beat you. With 2 people there leaves an element of chance that your partner might not be able to beat your high card.

These are the rules that we play in our backyard and are excited to share our favorite big 2 drinking card game with you. Please feel free to leave any additional comments or variations that you like to play and cheers from all of us! Make sure to check out our 20+ other drinking card games here or board and card games for adults.

How to Play Big 2 Card Game